What does the future hold for Trellick Tower

The historic grade two listed tower block is one that divides opinion. Poor quality and brutal, we can't do much with it. 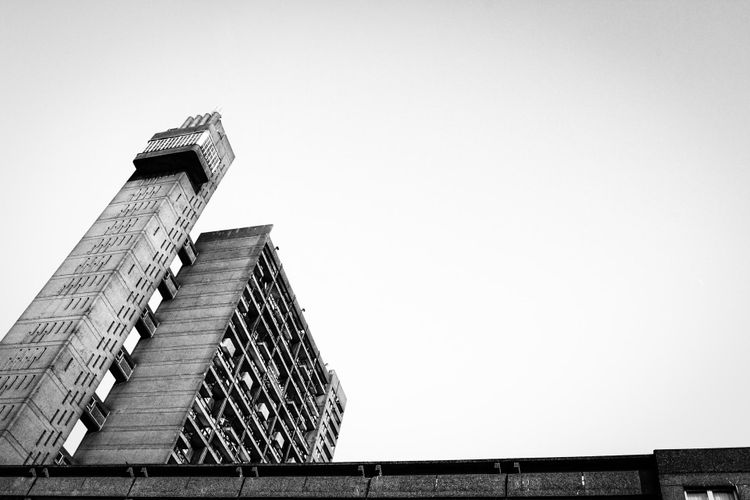 Photo by Dan Seddon on Unsplash

It is an instantly recognisable building. 322ft high, concrete and visible for miles around. It stands in Notting Hill as it has done since 1972 dividing opinion in equal measure to the blocks enormous size.

Designed by a Hungarian architect Erno Goldfinger it is itself like something from a communist regime dropped into the financial capital of the world. When we worried about nuclear destruction and atom bombs reigning down from Eastern Europe, they were in fact dropping huge monstrous concrete block on us.

With its separate lift tower it reminds me of the Pompidou centre in Paris where the escalators are on the outside. The principle is simple. Put the facilities on the outside and hide them where the people using the building would not have to view them.

But this is in effect a selfish objective if done wrong, facilities are rarely beautiful, they are hidden inside buildings for a reason, because they are ugly. Thus, a great many more people using the are outside must always look upon this concrete intestine travelling the height of the being.

The lift shaft always reminds me of the Windscale nuclear plant tower, irradiated after the accident and carefully torn down in sections. Maybe it is the same structure, simply rebuilt in an urban setting, radioactive and spewing isotopes over an unsuspecting public.

We must ask ourselves why was a building like this approved for grade 2? It has no redeeming qualities; it has no architectural connection to the city. The build quality is terrible, and it is difficult to maintain.

People like it we are told, but people also like injecting street Valium. Sometimes likes should be ignored, likes can be selfish and cause harm to others.

So we must look to the future of the building with limitations what is possible with it. The council wanted to build a tower next to it but that will always be controversial. Any attempt at modification will be seen as ignorant to the original deign vision of the building.

The future of Trellick Tower will be more one of divided opinion on the building. That in a way has been the buildings main legacy. As a design that is so divided the conversation becomes more important that the building itself. Maybe that was the point all along.